Go back in time to the Gallo-Roman era with the arenas of the 1st century where gladiators fought, admire the ancient wall of Augustomagus from the 3rd century, one of the best preserved in France.

Relive the election of Hugh Capet king of France in 987 in the park of the royal castle. From the Capetians to the Bourbons, Senlis saw kings stay there. Walk in their footsteps to discover the testimony of their passage through the city: St Vincent's Abbey, founded by Anne of kyiv around 1060 and the St Maurice Priory built by Saint Louis in the 13th century.

Open a book on four centuries of Gothic art with the Notre-Dame cathedral with its 78 m high spire (12th – 16th centuries).

FOCUS ON THE CATHEDRAL

Awaken your senses during the walk along the medieval fortifications (13th and 16th century) and the Nonette river.

Stroll through this city classified as a "Remarkable heritage site" and let yourself be carried away by the beauty of the stained glass windows of Miro in the St Frambourg chapel, that of the mansions of the 17th and 18th centuries or learn about the tumultuous past ofold st peter's church.

Marvel at the paintings of Seraphine and Thomas Couture at Museum of Art and Archeology, relive the cavalcades of the Spahis at Museum dedicated to them or dive into another dimension at the Hunting Museum : the cultural and artistic one of hunting with hounds whose tradition is rooted in the region.

Our walking guide with its three circuits will accompany you in the city so you don't miss a thing!

Join one of our many guided tours Sunday at 3 p.m., from April to October, alone, as a couple, with family or friends:

• Groups : All year by appointment.

Will you succeed in correctly reconstructing Leonardo's manuscript thanks to the clues scattered throughout Senlis? If so, you will be rewarded: Prizes at stake!
This new treasure hunt is intended for adults, in groups of 2 to 6 people: Ideal for discovering Senlis while having fun.

initiated by the Oise-Pays de France Regional Natural Park in partnership with the City of Senlis, the Safeguard of Senlis, the Society of History and Archeology of Senlis and the Tourist Office, lhe heritage interpretation tour of Senlis was set up in 2016. 6 km long, this route is marked by eleven panels, totems or desks, installed in the historic center and the different districts of Senlis. Without forgetting the 150 bronze nails, which have been placed on the ground to guide walkers. Objective: to facilitate the discovery of the heritage of the city.

Learn more (additional information at the signs in the city center of the interpretation circuit):

Near panels, medals with the effigy of the cathedral have been well hidden...Find them and answer the riddles of our “medal rally” :

Fly over Senlis with our video

Journey to the time of the first Kings of France

The town of Senlis invites you on a journey through time. Come and discover some heritage sites including the opening to the public is unprecedented : the crypt and the pre-Romanesque chapel of Notre-Dame cathedral, the old church of St Pierre and its bell tower, the cellar of the Musée de la Vénerie. These openings are part of a real dynamic to create a cultural and tourist route more homogeneous across the territory in the months and years to come. The town of Senlis has real treasures at the heritage level, the aim is to make them more visible.

Travel to Senlis in pictures: 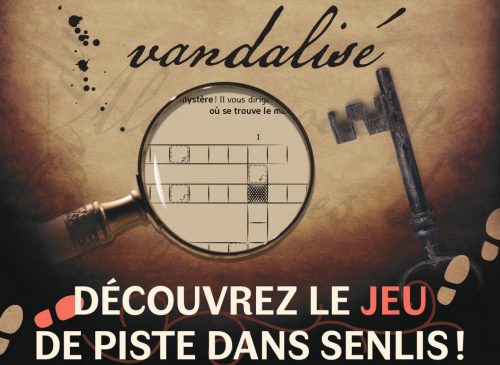 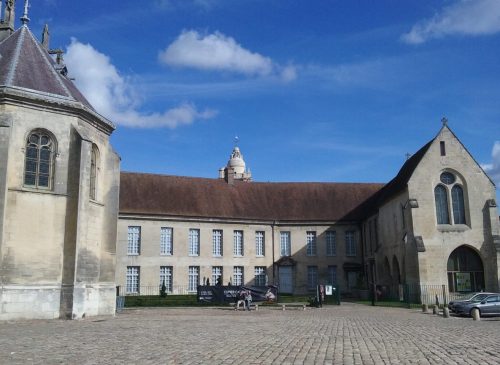 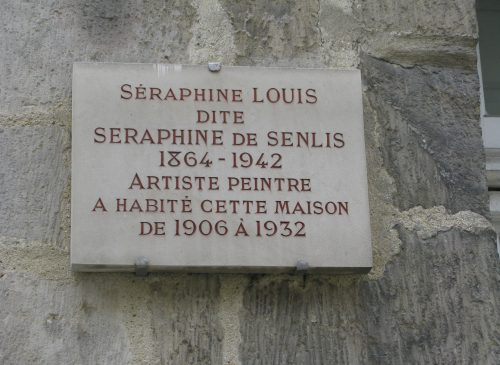 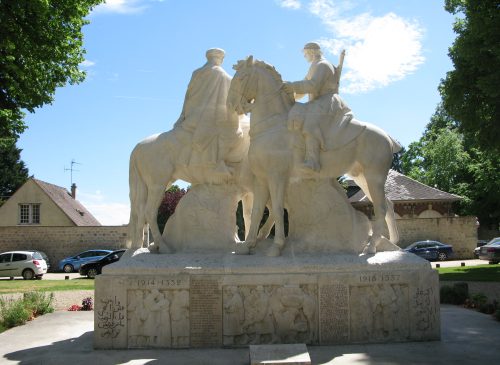 Pedestrian route “In the footsteps of the Great War in Senlis”