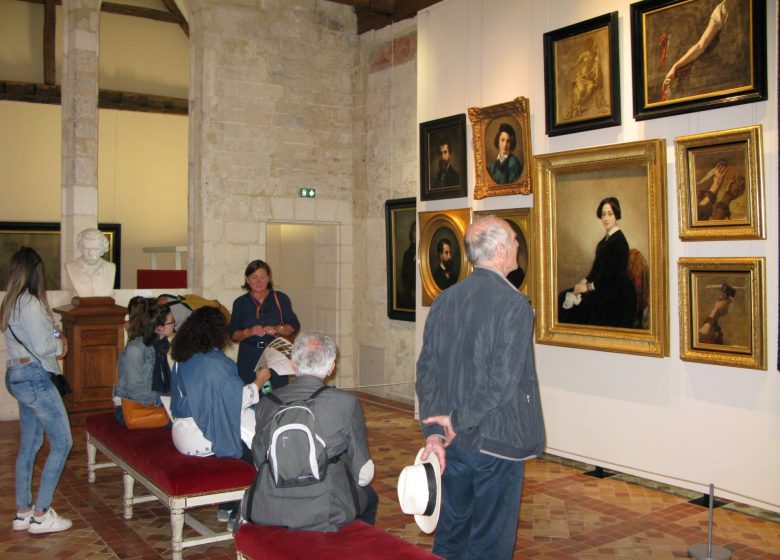 The museum is housed in the former episcopal palace.

- In the basement, excavations have brought to light the remains of a Gallo-Roman habitat and the base of the 3rd century rampart made up of sculpted elements from nearby ancient buildings.

- Rooms with paintings from the 17th to the 20th century: Philippe de Champaigne, Lucas Giordano, Corot, Boudin, Sérusier and rooms dedicated to Senlis artists: Thomas Couture (1815-1879) on the one hand, Séraphine de Senlis (1864-1942) and the great “naive” painters of the 20th century (Bombois, Bauchant, Vivin, Peyronnet), on the other hand.

Entrance fees and guided tour by an approved guide-lecturer.

- Visits possible every day except Monday and Tuesday.
- Supplement on Sundays, public holidays and evenings:
quotation.
- Beyond 35 people a second guide-lecturer
approval will be requested.