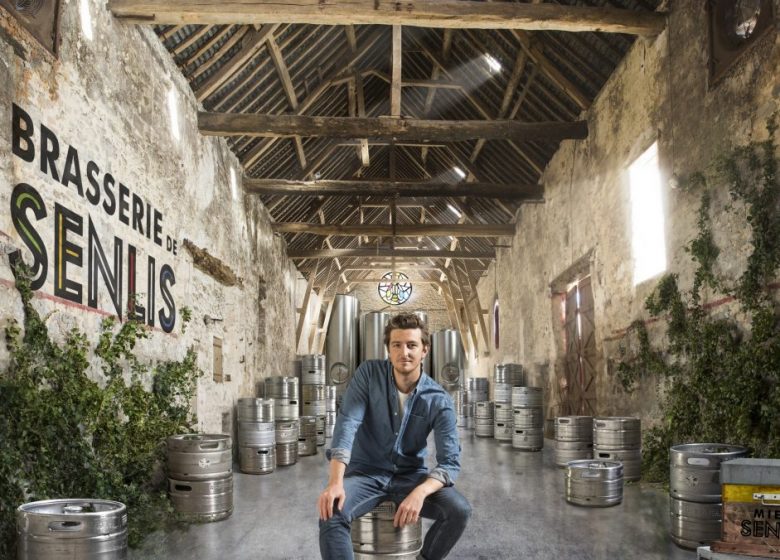 Did you know that in the Middle Ages, beer was brewed with honey which obviously contained no pesticide residue?

Based at the gates of Paris, in Senlis, the historic city where the Capetian dynasty was founded, La Brasserie de Senlis revisits this tradition to create organic artisanal beers with inimitable flavors.

Because beer is also gastronomy and exceptional know-how. We forget the tasteless beverages produced by industrial behemoths in favor of quality, taste and originality. From now on, a beer is tasted like a good wine, it becomes a fine pleasure for gourmets.

100 % organic and Made in Senlis beers, brewed with a hint of honey

Chic, Rock and Bold: the new range of beers from La Brasserie de Senlis reflects the city where it was born, both modern and medieval.

And because a bee is worth a thousand flies, the young brewery is committed to French beekeepers from whom it buys honey at the right price. She plans to also raise her own bees, fed in particular with the delicate hop flowers.

Because La Brasserie de Senlis is also a state of mind, the desire to breathe ethics and eco-responsibility into the world of beer.

Its eco-charter provides in particular for the defense of redistribution, local production, recyclable packaging, organic products and short circuits.

The Brasserie de Senlis has imagined 4 organic craft beers, all brewed with honey.
- The blonde: a golden robe topped with a fine white foam. It has a herbaceous and malty nose, notes of caramel, fruity and floral flavors.
- The white: topped with a thick white foam, this pale yellow color reveals aromas of citrus fruits and coriander enhanced by a slight acidity. To be enjoyed fresh.
- Amber: soft reflections under a fine white foam, this beer has light caramelized aromas, a soft & refreshing texture. Flavors of malt and dried fruits.
- The brown: with a light brown colour, this beer will present aromas of caramel, coffee and coriander. A roasted taste will complement its slight bitterness.