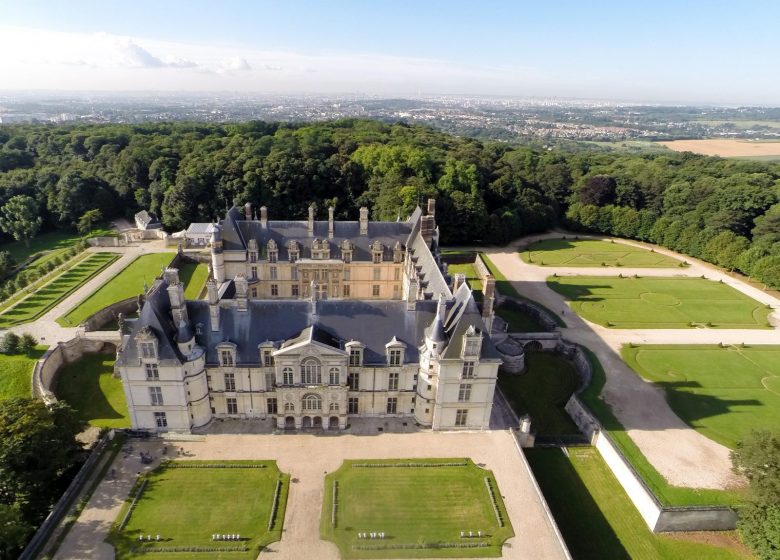 The Château d'Écouen, located twenty kilometers north of Paris, and which overlooks the beautiful expanse of the plain of the country of France launched to meet the forest of Chantilly, today houses the exceptional collections of the National Museum of Renaissance. It is an equally exceptional setting for them.

Property of a great Renaissance lord, Anne de Montmorency, who grew up in the intimacy of François Ier, then flourished under the protection of Henry II, Écouen is not a residence like the others: it inscribes in its stones the ambitions and successes of a powerful man who is also a patron and an aesthete passionate about art.

This ardent collector, very often at the forefront of taste, was also the heir to a colossal fortune, which he further increased by a judicious policy of acquisitions, by his marriage to Madeleine de Savoie and by the favor royal. When he died in 1567, he owned some 130 castles scattered throughout France and two Parisian residences, including his mansion on rue Sainte-Avoye, which he endowed with a gallery painted by Nicolo dell'Abbate. All these places are the scene of reconstructions, developments, even real architectural projects, such as those of the small castle of Chantilly (1559) or the amazing bridge-gallery of Fère-en-Tardenois, both designed by Jean Bullant. But Écouen remains his masterpiece.