In 1995, a group of friends created the Polo Club du Domaine de Chantilly in the village of Apremont. Land and grassland formerly used for Polo since they had already been chosen by Baron Robert de Rothschild who, in 1920, had brought together the World Polo leagues there. Since 1995, each year has seen an increase in the number and quality of horses.

In 2004, the club takes up the challenge of organizing the World Polo Championship. All the matches took place on the 9 Polo fields of the Ferme d'Apremont. A cavalier and relaxed spirit continues to flourish in this countryside near Paris. The level of polo continues to improve, thanks to the greatest players in the world who come there regularly, attracted by the competitions.
The matches, even the most important ones, are free to access. The game and the "good-natured" atmosphere seduce a large audience!

Nervous, fiery, supple, skilful, lively… This little horse, usually Argentinian, with muscular shoulders, pronounced withers, strong hocks and feet is capable of going from standstill to a speed of 45km per hour in a few seconds! It combines speed, maneuverability and power, and is known for its courage and dexterity.

A major championship: The French Open

The Open is the most coveted international title. Each country, under the aegis of its federation, only organizes one per year. The most famous, are played in April, for the US Open then in July for the British Open before the French Open in September, then the Argentina Open, where the ten best teams in the world meet, in December !
Clemente Zavaletta, Cubi Toccalino, Facundo Sola, Polito Pieres, Pancho Bensadon and Mathias
McDonough… Names that make people dream in Argentina and on the rest of the polo planet, but which are above all an indication of the sporting quality of this French Open which in twenty years has received teams from Switzerland, Belgium, Argentina, from Germany, Austria, England, Italy, the United States, Spain, the Netherlands, and of course France.

The Women's Open, created in 2011, responds to a new phenomenon in polo: the rise of female players in this sport. Consequently, even if the doors are open to them in the mixed Open (three women won in 2001 and 2011 and two others were ﬁnalists), faced with the increase in the number of players, an Open
feminine was needed!

A two-hour program to discover and love polo. With one hour of theory and one hour on horseback at the end of which the student will be able to "hit" the ball in a forehand at a walk, trot or gallop depending on his previous level of riding. A group lesson for a maximum of six people for which it is enough to come only in boots since the school lends helmets and mallets. This initiation session can also be a perfect gift idea for a beginner rider or not, looking for "his way" equestrian!
And if this discovery pack seduces the student, he can move on to the next stage, continuing education.
Initiations in private lesson can be organized.

Several formulas in individual or group lessons, where you will not only be trained in polo, but also, especially for beginner riders, in polo riding as well as in the knowledge necessary to know and respect your horse. From handling the horse to playing strategies, including learning the four basic strokes and their derivatives, the three programs of ten sequences allow a structured progression leading you to effectively hold your place on the field whatever your ambition. level.
Photo ©JoannaBinK

For the little ones!

For children, the Pony Club and its stable of around twenty ponies welcome you from the age of 5 with Pony Polo lessons, from discovery to competition. 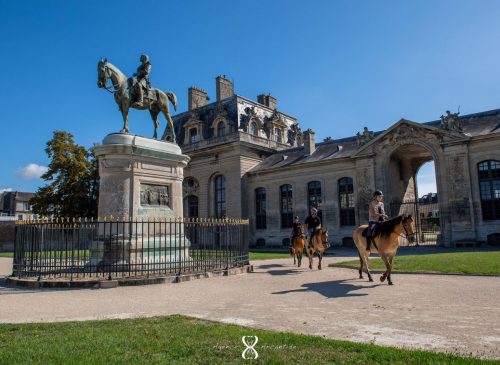 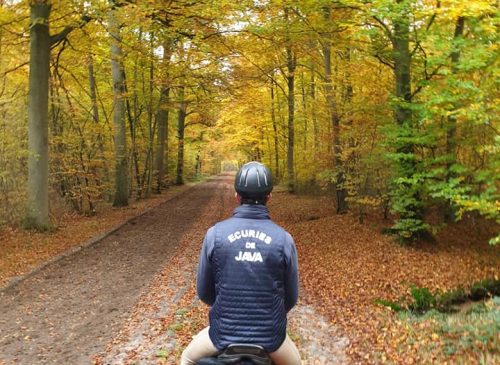