A warm city in a preserved setting

Established on a territory of 2,235 hectares including 1,668 of woods and land, in the Oise-Pays de France Natural Park, it's one of the largest municipalities in the Oise largely marked by a warm nature. Gouvieux has kept its residential character thanks to a desire to preserve its environment.
Discover the vast expanses of forests (including 160 hectares of classified communal woods) and ponds, the banks of the Oise, the Nonette valley which are protected and classified!

You can walk around the Anyvoie ponds, admire the view, the coots, the seagulls, the swans and the mallards which live together on this body of water!

Browse the troglodyte village which reveals dwellings directly in the stone. Craftsmen and the Association of Winegrowers of Gouvieux enliven this atypical street. The opportunity to share with them the passion for their jobs and participate in workshops!

The Eagles training ground is the symbol with its 90 hectares of grass tracks and 120 km of sand tracks, 220 hectares in total which make it the biggest in the world ! 1,200 thoroughbreds train there daily in the 40 most prestigious stables. 2/3 of the winners of horse races in France train here.

Close to Paris and Roissy, many personalities come to spend a moment of calm for a day, but also to settle there. This is the case of Prince the Aga Khan with his family and the Rothschild family to which Gouvieux owes some of the most prestigious of its heritage: three castles built between the end of the 19th century and the beginning of the 20th century.

An experimental vineyard of 2000 m2 on César's camp for the exploitation of nearly 2,000 feet of chardonnay! The first harvests in 2004 gave birth to the “Coteaux de Gouvieux”. The range was completed by the range "Pearl of Gouvieux", a sparkling wine of quality in the traditional method. In 2012, 500 vines of pinot noir were planted for a future rosé sparkling wine.

Gouvieux wished to reconnect with the tradition of 1141 when a royal act of Louis VI already mentions the existence of numerous vines on the soil of Gouvieux. Today the town still bears traces with its streets and localities such as: rue de la Treille, le clos du Roi... 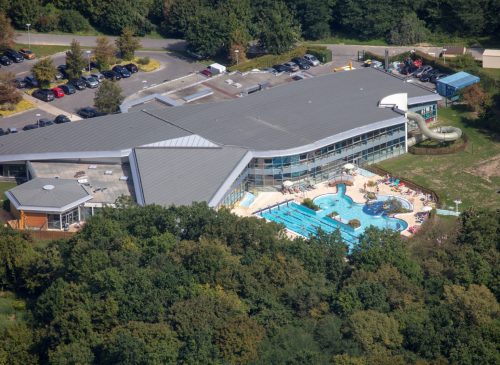 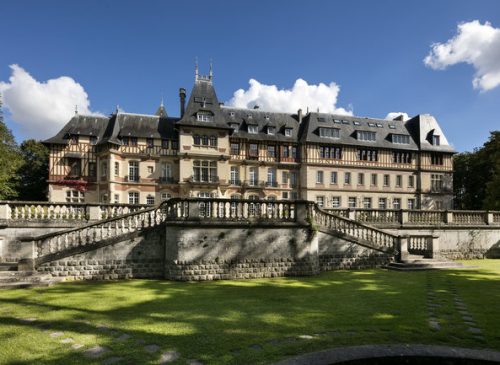 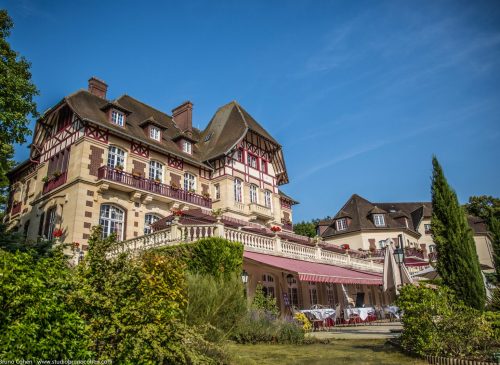 The Castle of the Tower